Coming home: how Dr. Daniel Mulder has made a welcome return to Kingston

On July 1, 2021, Dr. Daniel Mulder returned to Kingston as he started his cross-appointment to the 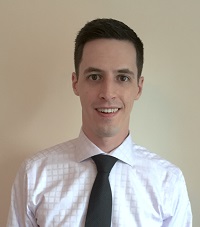 Departments of Pediatrics, Medicine, and Biomedical and Molecular Sciences. He attended Queen’s University for his undergraduate and graduate schooling before continuing on to medical school. “It was a wonderful three-stage part of my career. I fell in love with the city and the University and loved my time here,” he says. Keen on making a change to broaden his horizons, Dr. Mulder did his pediatrics residency at McMaster University in Hamilton, where he started his family and eventually had two kids, something he would not recommend doing a few weeks into starting residency. When this was done, Dr. Mulder’s plan was always to go to Sick Kids Hospital in Toronto for a fellowship in pediatric GI training. He says, “What was really cool was I got the international experience there where I was exposed to fellows from all over the world. It was the same with the faculty at Sick Kids, who had varied experiences with patients and research.”

Now Dr. Mulder and his family are settling back into life in Kingston as he joins the faculty at Queen’s. “During my schooling, I had grown to know the Departments really well, the GI research group and the Pediatrics team. I had a great working relationship with them from my time as a student,” he says. “I thought it would be a privilege to come back to join them as faculty, it’s been a dream since I was a grad student. It’s been really exciting, overwhelming and humbling.” Dr. Mulder says he heard excellent things about the Department of Pediatrics and he maintained a relationship with Department Head Dr. Bob Connelly from his time as a student. “I had heard it was a lovely Department to work in, very collegial, and definitely one of those Departments where the machine of medicine isn’t so much in control as the people are. Doctors really have ownership over their patients, which I relate to. If a patient is in the hospital on an evening or weekend, people would make themselves available for their patients,” he says.

For Dr. Mulder, his passion lies in research, and having protected research time as a faculty member at Queen’s is “an absolute dream.” His current project looks at treatment options for inflammatory bowel disease. “I’m starting a laboratory and research program where we look at patients with inflammatory bowel disease and we are agnostic about the subcategories of their disease which are historical and entrenched in the system and finding new ways to look at these patients and classify them using new immunology techniques Is key. We can then apply them to patient samples and better treat and predict how patients are going to do in the future.”

During his time away from Kingston, Dr. Mulder says things have progressed in his field of work. He says, “When I was a grad student, we were doing a lot of molecular biology and immunology in the lab and then I moved into clinical research and now coming back to lab research, the field has changed rapidly and biomedical research has changed and people are using supercomputers to compute these models and using statistical algorithms to understand this data to learn about the new state of the art research tools. This is an exciting time to get back into research.”

The one thing Dr. Mulder wants people to know about his field is how exciting it is to treat children. “I wish physicians knew how much there is to be learned treating children. I find as a pediatrician kids can always give you a new perspective on things. I would encourage physicians not to be afraid of kids; they’re profound in their innocence.”