In spring 2018, SEAMO Governors decided to add a Vice-Chair position to the Governing Committee.  The goal was to both broaden the skill set on the Committee as well as support a succession plan.  After an extensive search, a successful candidate was identified for this new role. 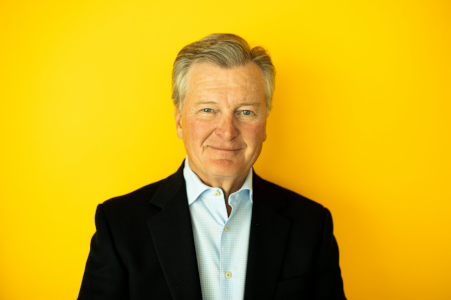 Please join us in welcoming John Sheridan to the SEAMO Governing Committee.  He brings extensive experience in organizational leadership, government relations, facilitation and community involvement to his position as Vice-Chair.

Before moving to Kingston, Sheridan spent nine years in Vancouver as President and CEO of Ballard Power Systems. Prior to that, John served as President and COO for Bell Canada in Toronto and Encom plc in London, United Kingdom.

Since moving to Kingston three years ago, John has immersed himself in the community. He currently serves as Vice-Chair on the Kingston Economic Development Corporation and is responsible for Major Gifts at The United Way.  John has made a point to join boards that “are good organizations, doing good things”.

Sheridan plans to build a portfolio of part-time roles that he finds intellectually stimulating.  “This partnership is a two-way street,” says Sheridan” and we both need time to decide if this is a good fit” he added.

As for his initial reflections? John can already see how his business background could play a role in building the SEAMO brand and increasing the awareness of the great work happening here.  Sheridan says he looks forward to learning from George Thomson, our Board Chair, and other members of the Governing Committee about the fascinating world of healthcare.