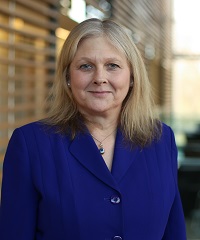 on November 14, 2021.  This is an extra special year as it represents the 100th anniversary of the discovery of insulin.

The first patient to be injected with insulin was a dying fourteen-year-old boy called Leonard Thompson, a patient at the Toronto General Hospital.  On May 3, 1922, John Macleod announced to the international medical community at a meeting of the Association of American Physicians that they had discovered “insulin”.  Frederick Banting and Macleod received the 1923 Nobel Prize in Physiology or Medicine for the discovery of insulin.  On January 23, 1923, Banting, Collip and Best were awarded U.S. patents on insulin and the method used to make it.  They sold these patents to the University of Toronto for $1 each. Banting famously declared: “Insulin does not belong to me, it belongs to the world.”  The discovery of insulin has allowed millions of people living with diabetes worldwide to lead healthy and productive lives.

“There have been many strides in treating diabetes since then,” said Dr. Robyn Houlden, Professor and Chair of the Division of Endocrinology at Queen’s University.  The original animal-sourced insulins were eventually replaced by human insulin synthesized using the recombinant DNA technique.  Modification of the insulin molecule structure has resulted in the development of insulins with different pharmacokinetic properties allowing longer-acting (basal or background) insulins and rapid-acting (bolus or mealtime) insulins.  Advances in blood glucose monitoring have allowed people with diabetes to be aware of their glycemic control.  In the 1980s, blood glucose monitors became available that read capillary blood glucose levels from blood taken from the finger tip.  In the late 1990s, continuous glucose monitoring (CGM) became available that measured glucose levels in the interstitial fluid of the skin.  These devices are now worn as patches on the arm and abdomen and either display glucose levels when scanned with a reader device or smart phone (intermittently scanned or flash CGM device) or continually transmit readings to a reader device, smart phone or insulin pump (real-time CGM device).

Insulin pumps became available in the 1970s and provide a constant infusion of insulin delivered through a small cannula left under the skin.  More recently, continuous glucose monitoring devices have become linked with insulin pumps.  Using algorithms, the pump automatically controls insulin delivery based on feedback from the glucose sensor.  The device isn’t a fully artificial pancreas as the patient still has to input the carbohydrate content of the food they eat to allow the pump to deliver extra insulin for the meal, but work continues on trying to “fully close the loop”, allowing the system to fully regulate blood glucose levels.

Dr. Houlden together with colleagues Dr. Sara Awad and Dr. Bikram Sidhu from the Division of Endocrinology, Dr. David Saleh from the Department of Pediatrics, and diabetes educators and dietitians at the Hotel Dieu Hospital Diabetes Education and Management Centre provide care to about 1000 children and adults on insulin pump therapy. “The ability of these hybrid closed-loop insulin pumps to assist patients in achieving optimal glycemic control and reducing the burden of living with diabetes has been astounding,” explains Dr. Houlden.

Along with other members of the Division of Endocrinology, Dr. Josh Lakoff and Dr. Katherine Kovacs provide care to the increasing numbers of patients with type 2 diabetes.  “This is related to increasing rates of obesity and inactivity in the population” said Dr.Houlden.  “A big part of our patient care to this population is healthy lifestyle counselling, but we have also been fortunate with the availability of new classes of antihyperglycemic (anti-diabetes) medications.  These include incretin drugs based on the work of Canadian diabetes researcher, Dr. Dan Drucker, at the University of Toronto, in 1996.  GLP-1 is gut hormone produced in response to various stimuli, including food intake.  Its release induces insulin secretion by pancreatic β-cells and suppresses glucagon secretion from pancreatic α-cells, which regulates blood glucose levels.  When synthetic versions are given to people with type 2 diabetes, the drugs are very effective in lowering blood glucose levels. They also work on appetite centres in the brains causing a sense of satiety which is associated with weight reduction.

Another exciting new class of medications for the treatment of type 2 diabetes are SGLT2 inhibitors.  This is a class of medications that work on the kidney to prevent the reabsorption of glucose. “Patients on these medications literally urinate out sugar,” said Dr. Houlden. “This lowers blood glucoses but also help patients lose weight through calorie loss in the urine.”

Much work is currently being done on assessing methods to cause diabetes remission in people with type 2 diabetes. One of the most effective methods to date has been the use of bariatric (weight loss) surgery.  Members of the Division of Endocrinology collaborate in the care of patients with diabetes undergoing weight loss surgery with staff at the Bariatric Centre of Excellence at Hotel Dieu Hospital and it medical director, Dr. Boris Zevin, Associate Professor of Surgery.

Teaching of diabetes awareness to the undergraduate medical students takes up a week of the curriculum each year at Queen’s University. “There is a lot to teach and requires the help the whole Division of Endocrinology. We also offer a Diabetes Expo during which the diabetes educators and dietitians at the Hotel Dieu Hospital share their expertise with the medical students by demonstrating diabetes self-care methods that physicians need to be able to instruct their patients about.  This includes basic nutritional (healthy eating), blood glucose meter/continuous glucose monitoring, insulin administration, insulin pump, foot care, complications screening; and goal setting counselling” said Dr. Houlden.  “Students find the session very helpful and at the end, understand the role of the multidisciplinary team in providing diabetes care.”  There is also much education needed for healthcare professionals about advances in diabetes management.  “’Knowledge translation’ has been a big focus of my research” said Dr. Houlden.  I work closely with Diabetes Canada in the development of clinical practice guidelines that guide healthcare providers in Canada and worldwide on evidence-based best practices in diabetes care.  Besides chairing the last set of guidelines in 2018, Dr. Houlden keeps busy with annual updates of many of the key chapters.

“We don’t have a cure yet for diabetes.  This is the ultimate goal.  But there is a lot to celebrate on World Diabetes Day on the 100th anniversary of insulin.  Thanks to the work of many scientists and clinicians, we have many new therapies that are helping people with diabetes live longer and healthier lives”.