Parkinson’s Awareness Month 2022: Understanding the early stages of the disease

Dr. Stuart Reid is an attending staff in the Division of Neurology at Kingston Health Sciences Centre and Director of the Movement Disorders Program. He is also the Program Director for the 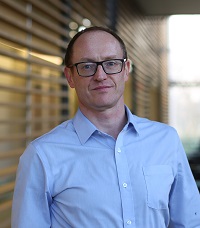 Queen’s Medical School course in clinical neuroscience and CBME Lead for the postgraduate Neurology residency program. He has been involved in clinical trials of Parkinson’s disease therapeutics and headache therapeutics in his career. Dr. Reid is also currently involved in the building of a movement disorders deep brain surgery program.

Dr. Reid believes we are in a very exciting time in Parkinson’s disease research. “As a community of scientists, physicians and patients, we are starting to understand what happens at the very early stages of Parkinson’s disease – even before people have problems with movement,” he explains. “To date, despite many attempts, no medication has been found that can slow the disease’s progress. These trials have relied on identifying people based on the typical movement problems of Parkinson’s – tremors, slowness and stiffness. However, by the time these symptoms have started, there already has been considerable damage done. We are also better understanding how Parkinson’s disease spreads from neuron to neuron in the nervous system (potentially even starting in the nerves of the intestines).”

According to Dr. Reid, clarity on the early phases of the disease is illuminating for future clinical research. “It is thought that neuroprotective trails have failed because the disease is too advanced by the time the physical symptoms emerge and the process was not sufficiently well-understood to design targeted medications,” he describes. “Now that we are better understanding the earliest phase – the ‘pre-motor’ phases – and the way in which the condition spreads through the nervous system, we may be looking at a new realm of possibility in early, targeted neuroprotective treatments.”

There are several innovations Dr. Reid is looking forward to seeing in the care of Parkinson’s disease. “I hope we can see technology appropriately deployed to enhance rather than replace face-to-face contact. I see us supplementing our assessments with movement-tracking technologies that can better help us understand how our patients might struggle or succeed throughout the day,” he explains. “I hope we see longer-lasting, more convenient treatments in the next five years. In particular, I am looking forward to seeing medications that can be administered through small subcutaneous needles/pumps similar to insulin therapy in diabetes treatment, and through more precise deep brain stimulation technologies that let us adjust the degree of treatment on an ad-hoc basis to meet variable needs during the day.”

One thing Dr. Reid would like people to know about Parkinson’s disease is that it is not always detrimentally life-altering. He says, “I would like to stress that with proper treatment and exercise, most people who have developed Parkinson’s disease can live many years of happy, productive life, participating in both employment and family activities.”

Parkinson’s disease care in the South East region is a group effort, Dr. Reid explains. “Support of patients with Parkinson’s disease has involved a radical collaboration among patients, caregivers, volunteers, neurologists, neurosurgeons, family physicians, geriatricians, psychiatrists, nurses, physiotherapists, occupational therapists, speech language therapists, dieticians, pharmacists, the medical treatments industry and the Ministry of Health,” he says. “We still have a pressing need though to enhance the care provided to residents of our region. I hope that we can have further investment in advanced practice nursing services to better allow us to provide high-quality care to our residents!”